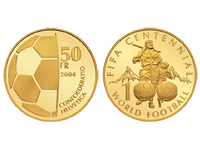 Posted on April 2, 2015 by NMN
A new 1798 silver dollar die variety in the Bust dollar series has been discovered and consigned to Goldberg Coins and Collectibles’ Pre-Long Beach sale of May 31-June 3, the firm has announced.

A new variety of the 1798 silver dollar with Heraldic Eagle reverse has been discovered and consigned to a Goldberg sale.
Scott Mitchell of Garden City, N.Y., acquired the Heraldic Eagle reverse dollar  and only realized its true significance when he tried to attribute it.
Die variety specialist and Goldberg auction cataloger Jason Villarreal confirmed Mitchell’s discovery.
The coin has since been acknowledged by the Professional Coin Grading Service and has been assigned the attribution number BB-126.
The coin was struck using the obverse die of BB-108/BB-109 and the reverse die of BB-103/BB-104.
This combination was previously unknown.
The coin bears the distinct reverse striking weakness at the shield and tail feathers associated with this die (most notably on the small number of surviving examples of BB-103). Likewise, the obverse shows significant striking softness at the corresponding area of the design, that being the top of Liberty’s head and the bottom of the letters LIBER in LIBERTY, according to Villarreal.

Are you interested in investing in collectible coins, but just don’t know where to start? This incredible collection was made with you in mind.
Both the obverse and the reverse are struck from an early state of these dies, and die progression specialists can use this new coin as a means by which to further their research into the order in which these early die varieties were produced.
The last such discovery of a new die variety in the early silver dollar series occurred late last year (1803 BB-257) and was reported in the Dec. 16, 2014, issue of Numismatic New Express. Prior to that, it had been well over 15 years since a discovery of this importance had taken place.

This article was originally printed in Numismatic News.